For purposes of administration, Iowa is divided into eight judicial districts. The districts, which vary in population and in size, are determined by the legislature. Each district is headed by a chief judge who is selected by the Iowa Supreme Court. The Iowa Paralegal Association (IPA) consists of eight regions/districts which correspond to Iowa’s eight judicial districts. The directors of the individual regions within the Iowa Paralegal Association hold meetings within their regions and also sit on the board of directors of the association. Members who work in one region but live in another region may choose either region as their “home” region. 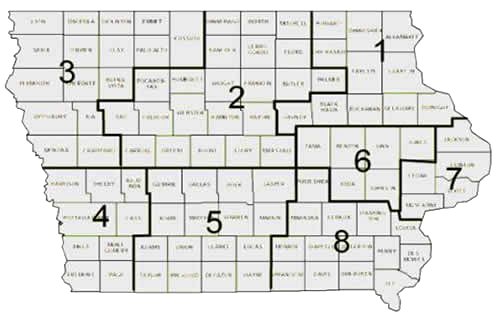